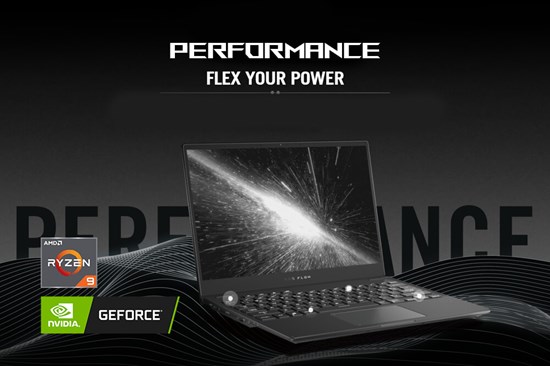 Go small without sacrificing power. Even with an ultralight, compact chassis, the ROG Flow X13 speeds through tasks with cutting-edge processors up to a Ryzen™ 9 5980HS in the Supernova Edition. Up to a discrete GeForce RTX™ 3080 GPU makes everyday play smooth and silky. Move more freely than ever and create, stream, and game wherever the mood strikes.

The ROG XG Mobile reinvents external graphics by combining performance and versatility with true portability. Despite being 6% of the size of typical eGPUs, this device harnesses up to a GeForce RTX™ 3080 GPU clocked to 1810MHz at 150W with ROG Boost. Our exclusive interface avoids common bottlenecks and adds dedicated bandwidth for an integrated I/O hub. The built-in adapter powers the eGPU and laptop so you can travel light. 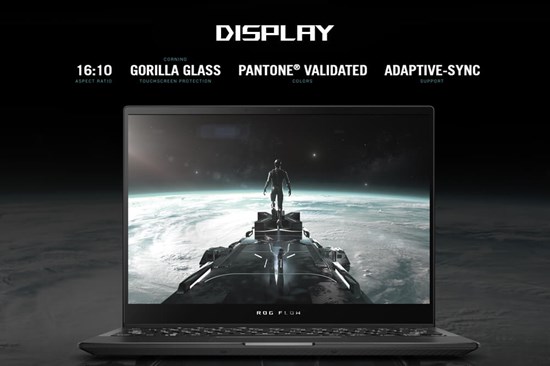 The Flow X13’s versatility extends to a choice of displays that tailors the experience for serious gaming or creativity. Go 4K and immerse in Ultra HD detail, or go 120Hz FHD for super-smooth gaming. Both edge-to-edge displays boast a taller aspect ratio with more space for toolbars and tabs. Touch and stylus support balance the visual experience with more intuitive input for entertainment and artistry.

Go farther with the energy-efficient ROG Flow. With up to 10 hrs* of video playback, you can stay entertained and tackle to-dos anywhere. The included 100W Type-C charger is much smaller and lighter than standard gaming laptop adapters but still gets you up and running fast. Compatible USB-C power packs extend your time on the go, so you can stop searching for outlets and thrive in any off-the-wall scenario. 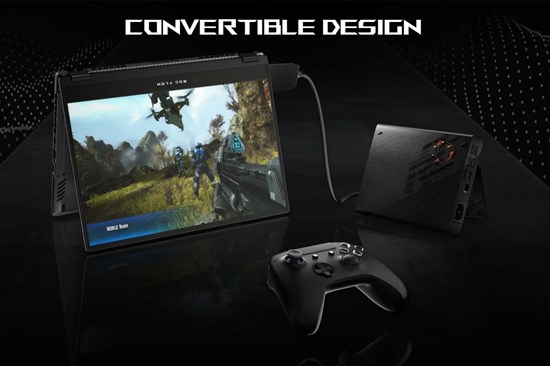 GET READY TO FLIP

The 360° hinge opens up flexibility to follow your flow. Lift the lid for work and play. Switch to stand mode to share your screen or tent mode for tight quarters, and get improved cooling that lowers processor temperatures by up to 8°C*. Push the screen back to enjoy a touchscreen tablet with active stylus support for drawing and taking notes. Versatility like this makes the ROG Flow X13 a real revolution.

Despite its small size, the ROG Flow X13 has all the ports needed for a pro workstation or battlestation. Drive multiple displays. Connect to a big screen TV. Use your favorite USB accessories. Need more? Plug in the ROG XG Mobile via our exclusive interface to boost graphics performance and add extra ports on the fly. Versatile options empower you to do more in any scenario. 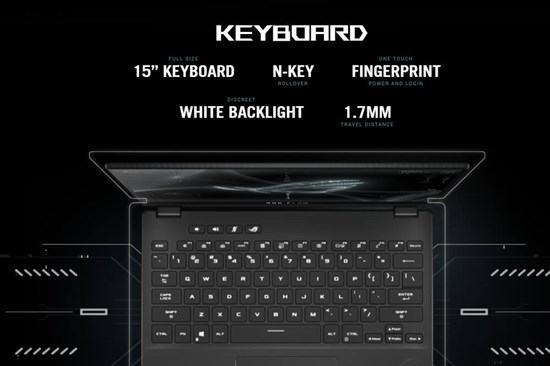 Type more comfortably on a 15” keyboard that stretches from edge to edge. We rethought the I/O port layout to fit a complete, desktop-style design in the 13” chassis. Each keycap is curved to cradle your fingertips, and separate hotkeys put vital functions within reach. The one-touch login button is easy to press in any mode, letting you sign on as intuitively as you unlock your phone.

Experience superior sound no matter where you go. Virtual 5.1.2-channel surround sound powered by Dolby Atmos puts you in the center of the action. Turn up the volume to enjoy louder, more dynamic audio. Two-Way AI Noise Cancelation cleans up both input and output audio, making streams, chats, and recording clearer than ever. Filter out unwanted noise to ensure your creative vision comes across clearly.

The ROG XG Mobile is the ultimate choice for flexible gaming and content creation. Long, flowing lines wrap around its chassis visually evoking the versatile ROG Flow X13. Textured grooves add grip for easy carrying, and mobile set-up is simple with the built-in stand. Precision cuts create a typographic cooling vent that illuminates the ROG name in a crimson glow.

LIGHT EVEN UNDER LOAD

Despite delivering heavyweight gaming performance, the ROG XG Mobile is the lightest and most compact external GPU in the world. It’s significantly smaller than competitors, at just 6% of the size of typical eGPUs built for desktop graphics cards. Weighing in at only 1kg, it’s portable enough to pack up and plug in just about everywhere. The integrated 280W adapter even lets you travel without a separate power brick.

AMP UP YOUR PLAY

Maximize performance with our exclusive interface. Its direct PCIe® 3.0 x8 connection to the CPU dedicates 63Gb/s of bandwidth just to the graphics processor, beating Thunderbolt™ by 57.5%*. A separate USB 3.2 Gen 2 link adds 10Gb/s for the I/O hub and prevents peripheral traffic from impeding graphics performance. Gaming is super smooth, especially when playing on the Flow’s integrated display, and accelerated work like 3D rendering and multimedia editing is fast and fluid. The 41cm cable gives you the flexibility to position the eGPU freely.

Be the first to ask a question about this.

Added to your cart: